J.P Institute of education, help you not only for your admission in class 12th from NIOS BOARD (NATIONAL INSTITUTE OF OPEN SCHOOLING) but also provide regular coaching class for you to learn & appear for your board exams without any delay. By enrolling you to NIOS BOARD, we offer you to save yourself a whole year.

J.P Institute of education is working for the schools fail and drop out students for more than 10 years in Delhi. The 2011 census cites that over 41% of our country’s population is aged below 18 years. It is a fact that there is a huge number of children who fail to complete their higher secondary education. Most of these children often have to discontinue their education midway because they dread the exams and hence, are unable to go further to the next level.

NIOS Admission 2020-21 Form: NIOS Block 1 application 2022 is available now. Interested candidates can fill the NIOS 2022 exam application form before the last date. Interested learners can apply for NIOS admission 2022 online as it the only mode to register.

We at #JPIE – J.P INSTITUTE OF EDUCATION Provide NIOS Admission for October 2020-21 session For more detail about course you can visit our Institute. 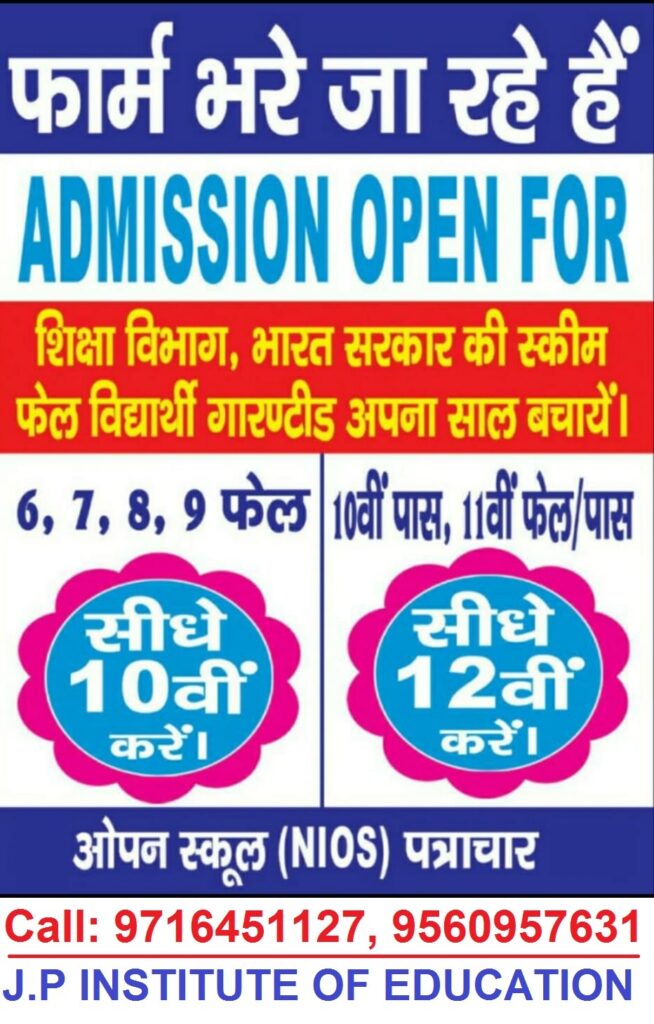